Casinos are filled with games that can keep you entertained for hours. Every game has a type of attraction which makes it interesting to bet money on. While some of the games provide better odds than others, most of the recreational players like to explore every game that is available inside a casino. If you are one of the recreational players who have just started exploring the casino games, here is how the games work.

Roulette is one of the classic casino games that will definitely be available in every casino in two versions – American and European. In this game, you take your chips and place them on a single number, a range of numbers and colours, or all odd or even numbers. The croupier then spins the wheel and drop the ball in it. When the wheel stops, the number at which the ball lands defines the winners.

Blackjack is the game that offers the highest odds of winning to the players because of its low house edge. Your objective is to score higher than the dealer and other players while keeping your score under 21. The players get the choice to hit (dealt another card) or stand (where they stay with their cards). The dealer has to keep hitting the cards until he reaches a minimum of 17. Once the dealer and players stand, the one with higher total without exceeding 21 wins.

Slot games are the easiest to play but carry some of the highest house edges. The player needs to pull the lever on the slot machine or press a button that triggers the reels to spin. Once the reels stop, the win is determined by the pay lines and the rewarding structure of the game. Many slot machines also have special features such as bonus, wilds, free spins, scatters, etc. which can provide more game chances and multipliers. 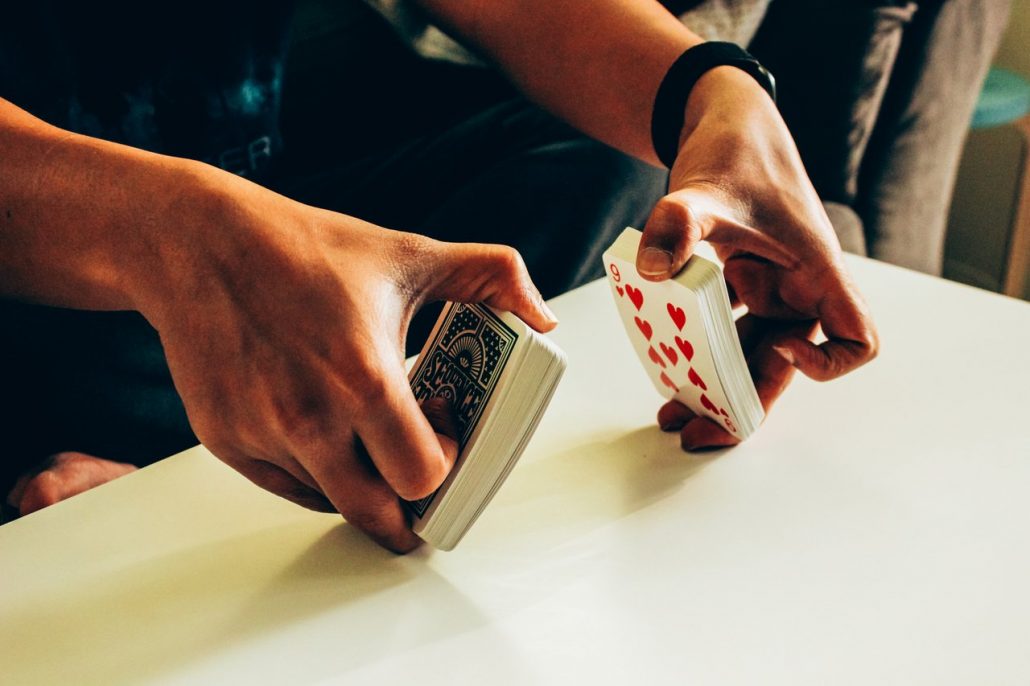 Poker is one of the most favourites table games for professional gamblers. There are different versions of poker players around the world play. Texas Hold’em poker requires between 2 to 9 players with an average of five players playing at a game. Each player gets two cards which they have to bet on to make a combination of five with the cards that are revealed face-up on the table. The player with the highest combination wins the game.

Craps is one of the oldest gambles that became a part of casinos only in the 19th century. It is a simple game of dice where players bet on a number and throw two dices on the table. The top facing numbers of the dices are added up to find out which number won the pot. The position of the dices on the table can also influence the game.