Casino, aka Cassino, is a card game that dates back to 1797. The game is easy to learn and has very basic details to observe while playing. It is a great game to be played with family and friends, which will keep the entertainment going with suspense and surprise. In the game, you need to capture the cards from the centre and match it with your cards. You earn points by having the most spades, most cards, and for every Ace. Here is how you play the casino card game.

You will require a standard deck of 52 cards (without jokers) and two to four players to play the game.

The game starts each player getting four cards, and in the end, four cards are placed face-up in a line on the table. The traditional way of dealing with cards in this game is two-by-two.

The player sitting to the left of the dealer starts the game in a clockwise direction. Each player makes a play with a card from their hand to attempt capturing as many cards as possible. The player puts the card he plays, face-up, on the table which every other player can see. This card will be used to build or capture other cards. Here are the possible plays that can take place during the round. 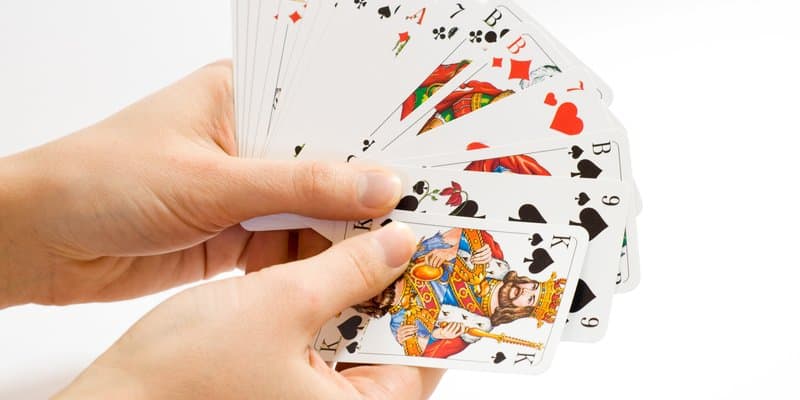 The player’s card matches the rank of any face-up card in the middle. The player places the card down and then collects the matching pair at the end of the game to count the total.

A player can capture numerical cards (not the face cards) in a combination of the value of the cards on the table adds up to the value of any card in the player’s hand. For example, a player with a ten can capture the cards 7 and 3.

Capture by pairing and combining

A player can play the above two moves simultaneously if the middle card supports the manoeuvre. If a player has a 10 in their hand, they can pick 6,4, and 10 number cards from the table.

Players can keep building a combination on the middle pile by keep adding one card from their hands if they have a card that will add up to that combination. For example, if a player has the cards 7 and 10, and there is a 3 on the table, the player can place the 7 on top of three to declare it as a 10. The player who builds will have to wait for his turn again after every other player plays to claim the cards. Any other player with a 10 can steal the card before it returns back to the original player.

Throughout the game, the objective is to score as many points as possible. Capturing more cards is a good way of ending up with many points. The players with the majority of the cards (27 or more) get 3 points, majority of spades( 7 or more) gets 1 point, big casino (with 10 of diamonds) gets 2 points, and Little casino ( with 2 of spades) gets one point. Every Ace accounts for a point. The player who reaches 21 points in a round wins the round.